Perspective – Key to the promise land 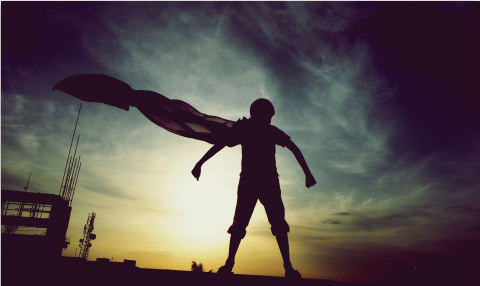 26 They came back to Moses and Aaron and the whole Israelite community at Kadesh in the Desert of Paran.There they reported to them and to the whole assembly and showed them the fruit of the land. 27 They gave Moses this account: “We went into the land to which you sent us, and it does flow with milk and honey! Here is its fruit. 28 But the people who live there are powerful, and the cities are fortified and very large. We even saw descendants of Anak there.”

30 Then Caleb silenced the people before Moses and said, “We should go up and take possession of the land, for we can certainly do it.

Moses sent twelve spies into the land of Canaan. 10 came back with a negative report and 2 with a positive report (both accurate).

Have you wondered, what would have happened, if Moses sent only Joshua and Caleb? What if the people didn’t hear/believe the negative report ?

I’m guessing, they would have entered the promise land much sooner.

* The 10 spies saw the problem, the 2 saw the promise and possibility.
* The 10 saw their weakness and their limitation, the 2 saw God’s strength and provision.
* The 10 forgot how God had delivered them, the 2 remembered all the great acts God had performed in the past.
* The 10 were content living in the desert, the 2 wanted God’s absolute best.

The sad news in the text is this, 10 people stopped, a million Israelites from possessing the land of Canaan.

Don’t let someone else, impose their limitation on you. The 10 spies thought they could not win against the giants, so they assumed nobody else could, what’s even worse over a million people believed they could not (even before they tried).

In life, it’s hard to stay away from negative information. But, how we look at things and what we choose to believe, will determine the course of our lives. God’s grace is bigger than any giant, storm or situation we will face in life.

We have a choice, we either believe the facts and stay where we are comfortable or we can face the giants, fight for our destiny and purpose and live the life God has designed for us.

Let’s believe in God’s promises and provision. He will not fail us.